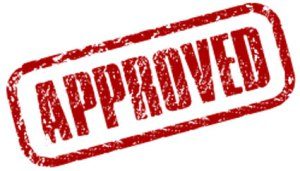 Premier Waste Recycling Ltd (PWR) has been operating to international standards for several years, with its systems for quality and environmental management certificated to ISO9001 and ISO14001, respectively. As part of PWR’s ambition to continuously improve it has now gained certification to the new and enhanced ISO standards.

The new ISO standards have a greater focus on risk management, reflecting the changing face of modern industry and commerce where risk-based thinking is becoming increasingly prominent. Common to both the quality and environmental management system standards is a greater focus on leadership and leadership engagement. The ISO technical committee has also structured ISO9001 so that it is harmonised with ISO14001 as well as ISO18001 (health and safety management); this makes it easier for organisations to create a single “integrated management system”, or IMS, which covers two or more of the different standards under one umbrella system.

The key additional elements of ISO9001 include a structured approach to organisational risk and opportunity, it more effectively addresses supply chain management, and it has been made more user-friendly for service and knowledge-based organisations.

The new ISO14001 includes an increase in placing environmental management within the organisation’s strategic planning process. It also adds a requirement for organisations to undertake proactive initiatives to protect the environment from harm and degradation in terms of, for example, sustainable resource use and mitigating the effects of climate change.

Speaking of the achievement, Phil Darwin, General Manager of PWR, said, “Any organisation worth its salt should be operating to these standards. We worked hard to gain certification to the previous standards and we will do the same to maintain our certification under the 2015 versions. Continuous improvement of quality and environmental management is at the heart of these standards, getting the certification is just the start of that process.” Phil added, “Credit must be given to the team involved in achieving certification, and also to every employee in PWR. Maintaining these standards only works when everyone is on-board doing their bit. This new certification is testament to the effort every single one of our colleagues puts in every day.”